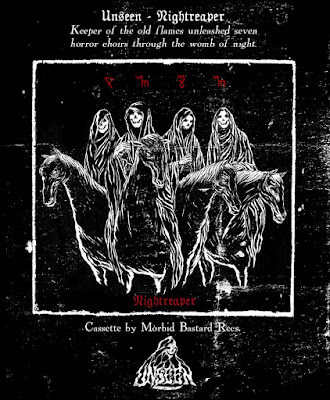 After gaining great reputation with their previous recording in 2015, the band return with the whole new level of viciousness. The music considered to be somewhat horrifying to hear and demands closer soul to feel.

Their material definitely, without a doubt, the final sensation for Black Death metal scene emerging from Yogyakarta in 2016.

This debut EP will be released on limited cassette and handful of merch on the following day.

Any die hard fans of Treblinka and Mefisto should seek out NIGHTREAPER in whatever manner possible.

Release date approximately between mid December. Head over to morbidbastardrecords@gmail.com for orders and inquiries.